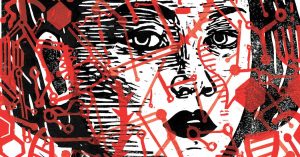 Seems like we can't go more than a couple of days without a new sexual harassment scandal appearing in the news. In this essay, Azeen Ghorayshi asks whether science is a place where women can thrive, after multiple lawsuits, investigations, and resignations associated with sexual harassment surfacing at high-profile institutions.

In many ways, of course, the climate has become more welcoming to young women who want to study science and math. And yet, as recently as 2013 researchers at Yale published a study proving that physicists, chemists and biologists are likely to view a young male scientist more favorably than a woman with the same qualifications. Presented with identical summaries of the accomplishments of two imaginary applicants, professors at six major research institutions were significantly more willing to offer the man a job. If they did hire the woman, they set her salary, on average, nearly $4,000 lower than the man’s.

What's going on here? Is science just another male-dominated field, or is the experience of female scientists unique? How should universities and organizations address this problem, and how can women advocate for each other?

31 thoughts on “Unit 9: “He Fell in Love With His Grad Student, Then Fired Her For It” Reading Response”