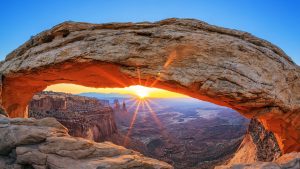 In this essay, Christopher Solomon discusses a Utah Congressman, who has emerged as the unlikely architect of a grand compromise, one that would involve massive horse trading to preserve millions of acres of wilderness while opening millions more to resource extraction. Is this a trick, or the best way to solve ancient disputes that too often go nowhere? How can we compromise without sacrificing the very thing we're trying to save?

31 thoughts on “Unit 7: “The Devil is in the Details” Reading Response”