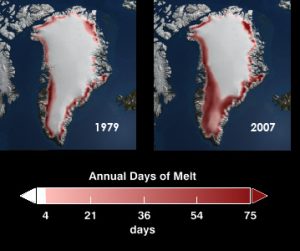 In this essay, Elizabeth Kolbert says "The problem with global warming--and the reason it continues to resist illustration, even as the streets flood and the forests die, and the mussels rot on the shores--is that experience is an inadequate guide to what's going on."

2016 was a year of record highs: it was the warmest year ever recorded, both on land and within the oceans, its average temperature approaching one entire degree Celsius above the 20th century average - and science journalists spend much of their time reporting how this is changing our planet. And yet, many politicians and American voters strongly disagree that anything is amiss. Do you agree or disagree with their efforts, and how do you think scientists and journalists should address the problem in the future? Use the "Recognizing Logical Fallacies" resource to help explain your response, if its helpful.